The Best Of Britain & Ireland 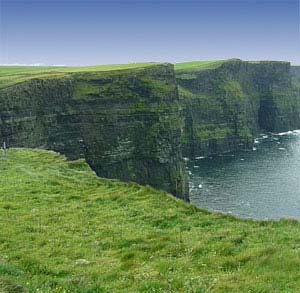 On this Best of Britain & Ireland tour, see Britain’s and Ireland’s highlights—from the bustling cities to the small towns and from the breathtaking scenery to the ancient ruins. Traveling through the lands of queens, kings, and leprechauns, begin and end in London and pass through England, Scotland, Ireland, and Wales.On this Britain and Ireland tour, stop in some historic towns and cities, including Oxford, home to some of England’s most famous colleges; York, England’s most complete medieval city with its cobbled streets and the magnificent York Minster, England’s largest Gothic cathedral; Stratford-upon-Avon, birthplace of Shakespeare; Chester, where a walking tour highlights its Roman remains and black and white half-timbered buildings; Adare, founded in medieval times and known today as one of Ireland’s prettiest villages; and Bath, known for the excavations of Roman baths used for bathing and socializing 2,000 years ago. Britain and Ireland are known for their green countryside and stunning scenery, and on this Britain and Ireland tour, you’ll witness some of their gorgeous landscapes. Travel through the incomparable landscapes of Snowdonia National Park in Wales, with picturesque villages, mountains, and lakes. Follow Ireland’s Ring of Kerry, a 100-mile panoramic drive with sparkling seascapes, brightly hued farmhouses, and the breathtaking panorama of the Lakes of Killarney. Visit the spectacular 668-feet Cliffs of Moher, with breathtaking views of rugged cliffs dropping into the ocean. Drive through the Cotswolds, with the rolling hills and picturesque villages, Northumberland National Park, with its wide-open spaces, and the serene Lake District, England’s largest natural park.All of this and more—including time in Dublin and Edinburgh—await you on this brilliant vacation in Briain and Ireland!

Located on Bristol Channel, Cardiff is the capital and largest city in Wales.

Joyce, Yeats, Shaw, Beckett– no, it’s not an English test, it’s your vacation, and if literature is of interest to you, there’s no better place to be: No other city has produced so many Nobel Prize Winners (including 1995’s recipient, the poet Seamus Heany).

Ireland’s capital is a thriving, modern city, yet it’s also strikingly elegant, with many beautifully restored Georgian buildings. And with friendly natives and cheery pubs–well, what more could a visitor want?

Edinburgh, (èd´n-bûr´e) capital city (1991 pop. 421,213) of Scotland and royal burgh. The city is divided into two sections: the Old Town, on the slope of Castle Rock, dates from the 11th century; the New Town spread to the north in the late 18th cent. Edinburgh is a government, finance, and tourist center. Most industry, which includes brewing and distilling, publishing, and paper milling, is situated near the city’s port, Leith. Edinburgh grew up around its 11th-century castle and became Scotland’s capital in 1437. It blossomed as a cultural center in the 18th and 19th century, with such figures as David Hume, Robert Burns, and Sir Walter Scott. It remains a cultural and educational hub and hosts an annual international arts festival.

Restless, enduring and wonderful, London is Europe’s largest city. And surely, if you have the choice to visit only two or three cities of the world in your lifetime, by all means make one of them London.

The Romans started it all. The city they developed was “the square mile,” – and Londoners still hunt for Roman relics in the Thames. History is everywhere you look in London, yet today the city is as modern and metropolitan as any city on earth.

By day, London is buzzing with the frenetic pace of commerce not even Dickens could have imagined. By night, the excitement and glitter of theatres, cinemas, pubs and restaurants beckons throngs of travellers from around the world. But there is another London, a peaceful London of cool museums, quiet tea rooms, immaculate gardens and hushed churches.

There is Royal London – ancient pageantry in a modern kingdom – with its palaces, pomp and precise manoeuvres at the Changing of the Guard. And there’s outrageous London, the urban gathering ground for Cockney pitchmen, “fringe” theatre and the city’s youth, with their own distinctive style.

There is also Greenwich, easily accessed from central London by public transport, or take a more scenic route and arrive by riverboat. Notable for both its maritime history and royal heritage, it is perhaps best known for giving its name to the Greenwich Meridian (0° longitude) and Greenwich Mean Time, based at the Royal Observatory.

London, this extraordinary city of contrasts, holds a stunning abundance of hidden-round-the-corner surprises. You owe it to yourself to explore them all. Here, then, is the London you’ll come to know and remember.

Prices are per person, land or cruise only, based on double occupancy. Offer subject to availability and change without notice. Some restrictions may apply. Please ask us for details.

Charges not included in the land vacation price: airfare to and from the start of your vacation; airline baggage fees including checked and/or excess baggage fees; Federal inspection fees for the Federal U.S. Customs and Immigrations; agricultural tax; other per person taxes imposed by government entities; applicable cruise taxes, fees, fares and port charges; passports; visas and vaccinations; transfers; tips to your Tour or Cruise Director, Local Host, driver, Local Guides, and/or ships’ crew; gratuities on ferries, trains, and cruise ships; laundry; telephone; minibar; alcohol, beverages, and food outside of the contracted menu as presented at a hotel or restaurant (these extra items will be billed to you before leaving the hotel, ship, or restaurant); additional excursions and activities not listed as ‘included’ in the itinerary; porterage at airports or train stations; Travel Protection premiums; and all other items of a personal nature.

Click on the buttons below to request a quote on this deal or contact us directly with further questions or comments.

Request A Quote Send To A Friend Have A Question? Contact Us